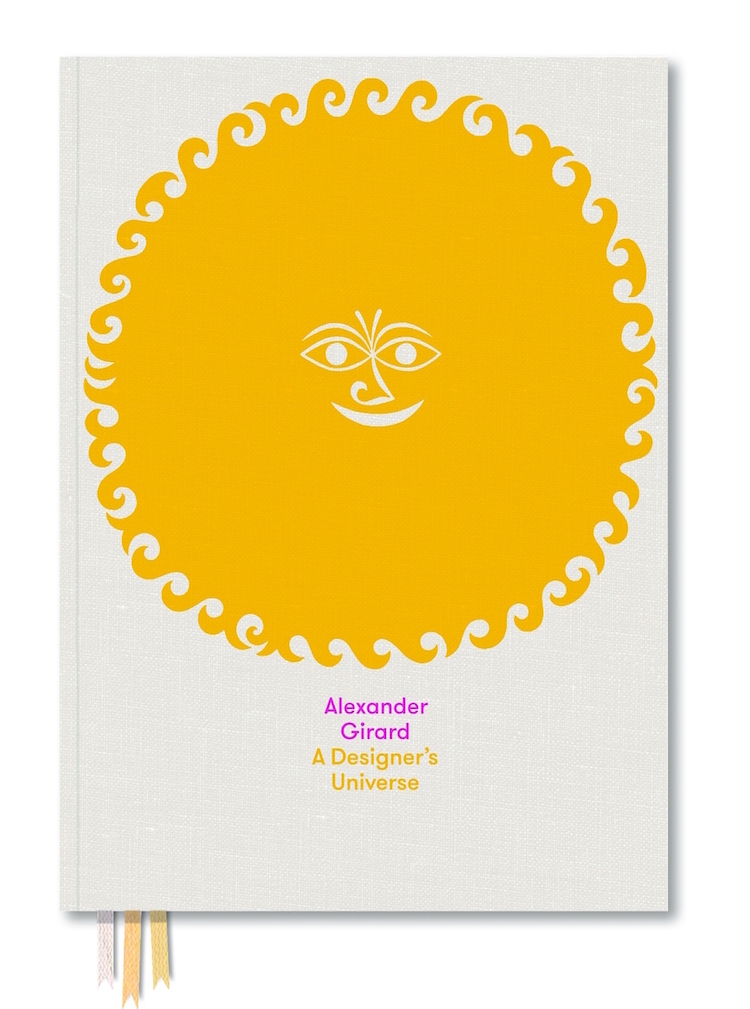 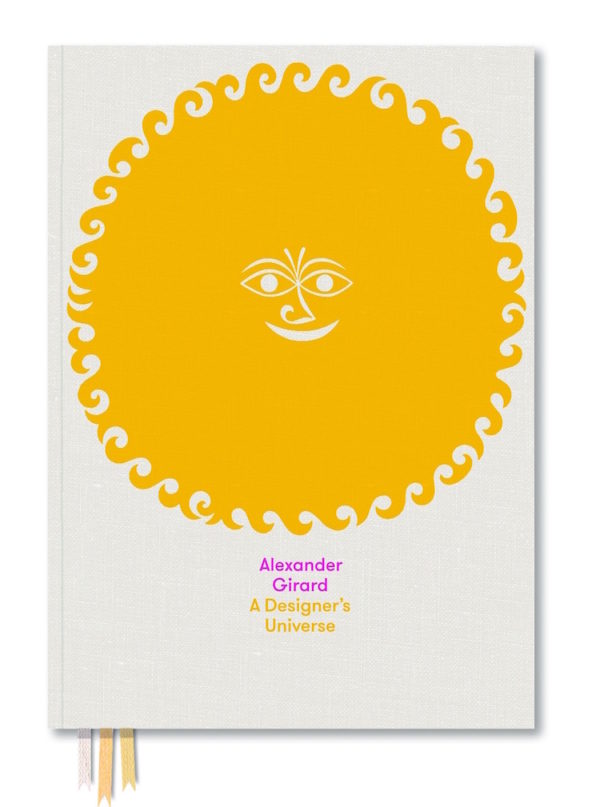 Alexander Girard was one of the most important modern textile artists and interior designers of the 20th century. He combined Pop and Folk art influences to create a colorfully opulent aesthetic language whose impact continues to be felt today. This richly illustrated catalogue draws on the vast holdings in Girard’s private estate, which were exhaustively investigated for the first time at the Vitra Design Museum. The book presents the oeuvre of the multitalented designer in all its facets, while offering the first scholarly, critical examination of his work. Six essays address Girard’s textile and graphic design for the furniture manufacturer Herman Miller, interior design projects such as the Irwin Miller House in Columbus, Indiana (1953), and the restaurant La Fonda del Sol in New York (1960), his activities as a pioneering exhibition organizer and curator, his roots in Italy and his passion for folk art, which resulted in a collection of more than 100,000 objects and served as one of the most important sources of inspiration for his own work. In addition to extensive portfolios with never-before-shown archive materials, the publication also provides a biography and a complete list of works, plus articles by Susan Brown, Jochen Eisenbrand, Barbara Hauss, Alexandra Lange, Monica Obniski and Jonathan Olivares.

Born in 1907 in New York City, Alexander Girard and his family moved back to Italy shortly after his birth. In 1932, Girard opened his first design office in New York. Five years later, he moved to Detroit, where he opened a second studio. His career breakthrough came in 1949, when he was chosen to design the Detroit Institute of Arts’ For Modern Living exhibition. In 1952 Charles Eames recruited Girard to become Herman Miller’s director of design in the textile division. Girard’s tenure at Herman Miller continued into the 1970s; while there, he designed the interior for La Fonda del Sol restaurant in New York’s Time-Life Building in 1960. In the early 1960s he relocated to New Mexico, where he began collecting folk art. Girard’s collection can be found in the Museum of International Folk Art in Santa Fe. He died in 1993.

Susan Brown joined Cooper Hewitt in 2001, where she is Associate Curator of Textiles. She curated the highly successful exhibition Fashioning Felt, and edited the accompanying catalogue. She has co-curated numerous exhibitions, including Extreme Textiles: Designing for High Performance, Color Moves: Art and Fashion by Sonia Delaunay, Quicktakes: Rodarte, and David Adjaye Selects, and contributed essays to these publications along with Design Life Now: National Design Triennial and Making Design, the museum’s collections handbook.  She has published articles in Hali, Surface Design, American Craft, TextilForum, and Modern Carpet and Textile. She also teaches in the Masters’ Program in the History of Design and Curatorial Studies offered by Cooper Hewitt with Parsons/The New School for Design, as well as lecturing regularly for the Institute of Fine Arts at NYU. She currently serves on the board of the Textile Society of America.

Jonathan Olivares was born in Boston in 1981 and graduated from Pratt Institute. In 2006 he established his office, which is based in Los Angeles and works in the fields of industrial, spatial and communication design. His designs engage a legacy of form and technology, and ask to be used rather than observed. Recent projects include the Aluminum Bench, for Zahner (2015); the Vitra Workspace, an office furniture showroom and learning environment for Vitra (2015); the exhibition Source Material, curated with Jasper Morrison and Marco Velardi (2014); and the Olivares Aluminum Chair, for Knoll (2012). Olivares’ work has been published internationally, granted several design awards—including Italy’s Compasso d’Oro—and supported by the Graham Foundation for Advanced Studies in the Fine Arts.

Alexandra Lange is a New York-based architecture and design critic. Her essays, reviews, and profiles have appeared in Architect, Dirty Furniture, Dwell, MAS Context, Metropolis, New York Magazine, the New Yorker, and the New York Times. She has been an opinion columnist at Dezeen and a featured writer at Design Observer. She is the author of Writing About Architecture: Mastering the Language of Buildings and Cities (Princeton Architectural Press, 2012) and the e-book The Dot-Com City: Silicon Valley Urbanism (Strelka Press, 2012), as well as co-author of Design Research: The Store that Brought Modern Living to American Homes (Chronicle Books, 2010). She has taught design criticism at the School of Visual Arts and New York University. She was a 2014 Loeb Fellow at the Harvard Graduate School of Design.

Jochen Eisenbrand is chief curator at the Vitra Design Museum. Working at the Vitra Design Museum since 1998, Eisenbrand curated the exhibitions Airworld. Design and Architecture for Air Travel, Hidden Heroes. The Genius of Everyday Things as well as major retrospectives on George Nelson, Louis Kahn (with Stanislaus von Moos), Alvar Aalto and Alexander Girard. His exhibitions have been shown not only in Weil am Rhein but also at further venues in Europe, the USA and in Asia. From 2007 until 2010 he served as a member of the acquisitions committee of FRAC centre in Orléans. Having earned a Master degree in Cultural Studies from the University of Lüneburg (1998), Eisenbrand received his PhD in design history at the University of Wuppertal in 2014.

Monica Obniski is the Demmer Curator of 20th and 21st Century Design at the Milwaukee Art Museum. She was the inaugural Ann S. and Samuel M. Mencoff Assistant Curator of American Decorative Arts at the Art Institute of Chicago and a Research Assistant in the Department of American Decorative Arts at the Metropolitan Museum of Art. She received an MA in the History of Decorative Arts and Design from the Bard Graduate Center, and a PhD from the University of Illinois at Chicago, where she wrote the dissertation “Accumulating Things: Folk Art and Modern Design in the Postwar American Projects of Alexander H. Girard (1907-1993).” Obniski has taught art history at the University of Illinois, Chicago and Columbia College Chicago, has received fellowships from FIU-The Wolfsonian and the Center for Craft, Creativity and Design, and has published a number of scholarly articles and contributed to several museum publications.

Barbara Fitton Hauss is an independent American art historian and translator based in southwestern Germany. Her authored works in both English and German include a book on Renaissance architecture north of the Alps (Helbing & Lichtenhahn, 1991) and numerous essays with a focus on midcentury modern design in the USA and modernist art movements in Germany, which have been published in catalogues by Vitra Design Museum, Museum für Gestaltung Zürich, Dreiländermuseum Lörrach, and others. Her translations in the fields of art, design and architecture have appeared in noted books such as Women in Graphic Design (Jovis, 2012), Focusing the Modern (Bauhaus-Archiv, 2011), Migropolis (Hatje Cantz, 2009), Your Private Sky: R. Buckminster Fuller (Lars Müller, 2000) and many exhibition catalogues.

This elegant, 500+ page Girard compendium is the first to draw on the vast holdings of the designer’s estate.